AP US History exam today: 45 minutes for one essay to summarize the whole course. Should be interesting... 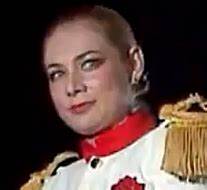 Seeing as it's two days before Summer break starts, I'm going to post up what I expect to do over the Summer.

I'll begin with what I know: I'm going on a couple of trips (to Cincinnati, Naples and Boise). Plus, I know I'll be at my grandparents' houses a lot simply because there's no reason not to over the Summer. I also know I'm taking rock-climbing and parkour over the Summer.

Next what I plan (aka want to do but will probably be too lazy to do them) on doing: I would obviously like to keep up my ninja training and get better at it. I also have a Japanese language workbook which I want to do to work on understanding (have to hope for an answer-key..!). Believe it or not I have personal goals besides ninja-training and learning Japanese too!

I want to voice-over an original episode of Takeshi's Castle using an audio editor (I know :|) and possibly write some thing (don't know what yet!). Also some kind of volunteer work and maybe work on my coding workbook.

First of The Year - and First Entry in Half a Year!

'sup as the title says I need to post more. Though after reading some of my earliest entties I'm not sure if anyone would mind me not blogging lol. Yeah, I have no idea what I was talking about back there :p

Also my phone has autocorrect now and it's terrible and randomly adds capitals in the middle of words and stuff. So shows how I've improved even more knowing that's what I'm having to deal with.

When.will there be some substance in this blog entry? I dunno...

Waitiiiiiiiiiiing for something to tell you about my current life

See what I mean about the random uppercase letters.

So tonight I went Trick or Treating, dressed like General Shakrit (from Takeshi's Castle Thailand), witch (excuse the pun) was very fun!! I got lots of candy and had a great time in my character. My sisters were dressed as: someone from a song named Blurryface (don't get that), bacon & eggs and ice cream (that was our little three year old, but she only Trick or Treated inside so no "giant pieces of candy would attack her"

). It was fun and got lots of candy, maybe too much

Yes, you know what my cheesy title means: I'm learning Japanese again! I've forgotten so much of what I used to know, but I felt like I needed something to do in my free time (don't worry, this is just a side thing so won't affect my school!). So I figure this and my garage Ninja gym should keep me busy :)

First I'm downloading the app, then I learn how to pronounce each word and test myself, then how to write it

Time Flies when you're having way too much Fun

I'm so enjoying my Summer vacation!

I've been practicing my Ninja training and stuff every day and doing pull-ups and chin-ups, swimming in the pool, improving my balance and gaining strength. I'm excited to finally go on an athletic show one day (if anyone wants me there anyway!)!

And I'm enjoying messing around on the computer, and trying to keep the knowledge bottled up in my head over the break. I found a website that donates 10 grains of rice per correct answer, and it's great!

Next week, there'll be a "camp" at my Grandparent's with my cousin, and I'll compete with him and my Grandad in stuff.